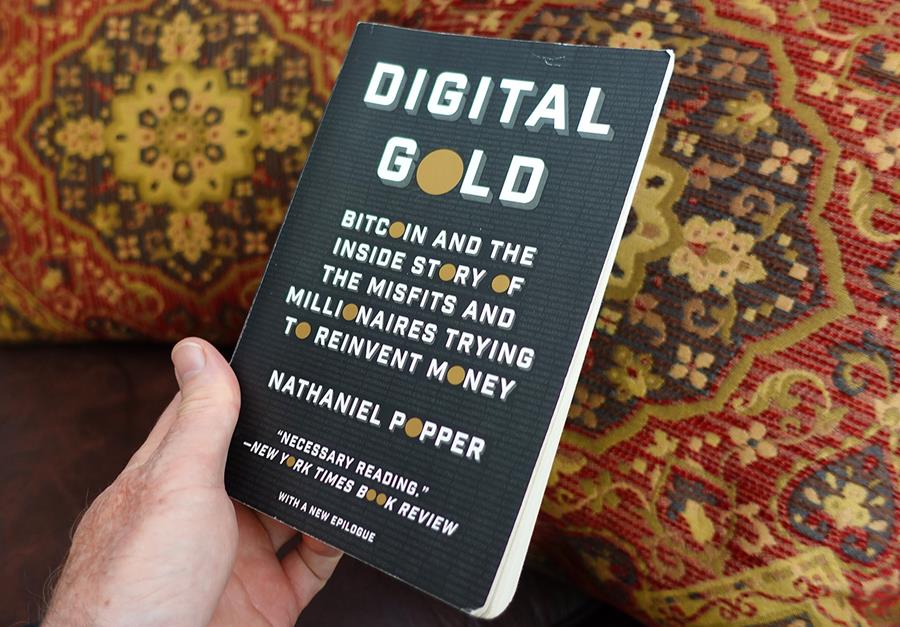 A recent conversation with a client turned to Crypto Currencies and had I to admit that my knowledge of things Crypto was a bit thin. Not because I wasn’t interested, rather I had never set aside the time to learn more.  I was recommended "Digital Gold" as a great starting point. It tells the story of Bitcoin from the initial concept to a realised world-wide currency that is helping to revolutionise how money works for us.

This book not only explains the concept of blockchain and its relationship to virtual currencies in an easy to understand way but also tells the story of a fascinating bunch of characters who, motivated by various causes, nurtured Bitcoin from idea to creation. The book reads like a high paced fictional thriller as it introduces a range of players and their larger than life antics - from the Silk Road story involving illegal substance trafficking, contract killing and eventual goal, to the mysterious identity of Bitcoin's founder, Satoshi Nakamoto, an early bitcoin miner worth a reputed US$80 billion on Oct 21 valuations. At various times you need to remind yourself that it is all true and that it has all occurred in the last 15 years.

Disruptive technologies can threaten some and provide opportunities for others, but if they offer significant advantages they will likely be adopted and change our lives in the process. Bitcoin and others have so far survived, prevailing against the predictions of many in the money industry. The blockchain concept has been adopted across many platforms where real time verification without the need of a central authority is desired. It looks set to stay as more companies explore how they can employ digital ledgers to change the way businesses operate.

If you are a bit reluctant to wrap your head around yet another new technology, this book offers an excellent entry point and is a thoroughly entertaining read at the same time.