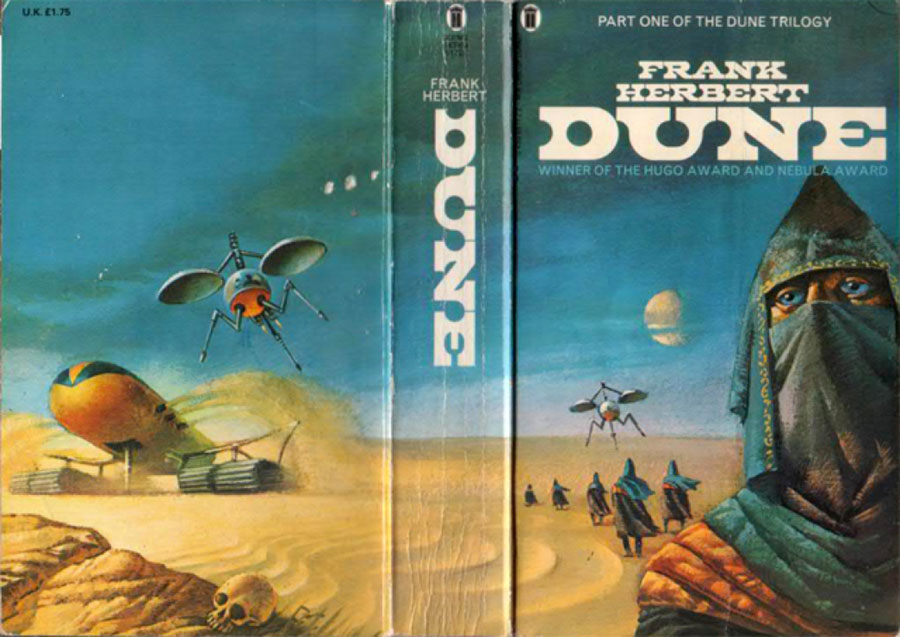 Resident Flametree designer Hugh has been spending his downtime re-reading the landmark 1965 novel ‘Dune’ by Frank Herbert, in anticipation of the upcoming film adaptation due out in cinemas next month (after it was delayed by a year due to COVID). Hugh has found it a rewarding re-read; “Dune is truly an iconic work of science fiction. Not only is it greatly significant in its impact on other well-known works of fiction and art, but it provides a salient commentary on ecological and cultural themes even more relevant today than when ‘Dune’ was first published in 1965. I am particularly amazed by the message of environmental conservation that is so central to the story, it seems very prescient considering how long ago it was written”.

The book has been often thought of as impossible to translate to film, and this is largely in part to its cerebral writing style and incredibly rich sprawling world of galactic politics, mythology, characters and storylines. This all wrapped up in a book coming in at nearly 700 pages, makes for an epic in every sense of the word.

“Dune”has already been somewhat infamously adapted by film auteur David Lynch, who later disowned the film due to his artistic vision of the project being compromised. Cult director Alejandro Jodorowsky also attempted to bring it the screen in a 10-14 hour film, with the intention of hiring artists such as H. R. Giger and a cast made up of Salvador Dalí, Orson Welles, Mick Jagger, as well as Pink Floyd for the music! As you’d expect this ambitious project didn’t see the light of day, but has resulted in the fantastic documentary “Jodorowsky’s Dune”.

Says Hugh: “Denis Villeneuve who is behind the new film is also one of my favourite directors, I think he truly manages to merge the spectrum of art and commercial film so effectively. So I’m cautiously hopeful that he has achieved what his predecessors couldn’t, very excited to see Dune on the big screen!”.