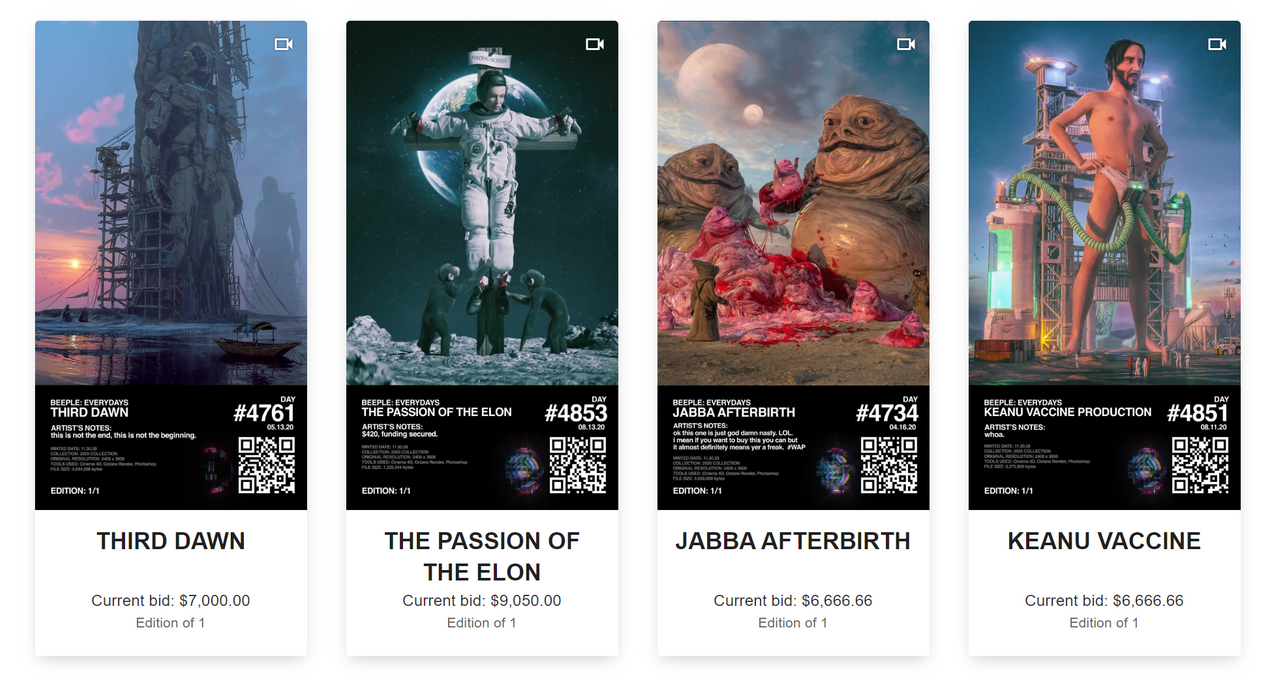 With our eyes on the world around us, our studio is often buzzing with opinions on current events -especially within the ever-advancing tech world.

Chances are within the past few months you have heard the term "NFT" or Non-Fungible Token.Still confused? A NFT is essentially a digital asset, but is more commonly an artistic composition like an image, animation or piece of music. By purchasing a Non-Fungible Token you own the original file which holds an inherent value and can be sold again.

Although copies can be made (much like producing a print of a famous painting) the ownership and transaction of NFTs are on public record thanks to the blockchain - the revolutionary technology that makes things like cryptocurrency possible and protects the value of NFT’s, validating the original and making copies essentially worthless. The blockchain provides transparency with NFT’s by documenting its rightful owner, recording sale of the digital art in exchange for cryptocurrency. More often than not, NFT’s will be built on the Ethereum (ETH)  ecosystem, and will usually be the returning asset in an Non-Fungible Token transaction.

Dissimilar to Cryptocurrency, which in some cases produce endless amounts of themselves, Non-Fungible Tokens are unique in their identity in the sense that only one of each will exist. The value of NFT’s are often determined by a number of factors such as: the creator (if they’re a famous artist), the buyer (who may be a wealthy collector), the significance of the piece (the importance of what makes it unique) and the aesthetics of the art itself. Recently, the popularity of Non-Fungible Token’s has reached fever pitch, as it was reported on Twitter last week that the most expensive NFT had just sold for a staggering $532 million (USD). The lucrative 8-bit style art was composed by CryptoPunk and is titled #9998, leaving last year's record sale of $69.3 million in the dust. The original and arguably the most popular trading platform for Non-Fungible Tokens is Open Sea, although the rising popularity of digital art has seen numerous firms emerge, and has even forced respected brokers of fine art such as Sotherby’s emerge as a new player in the world of NFT’s

It feels as though we have all been thrusted a further 10 years into the digital currency future within a matter of months. The video here dives deeper into the fundamentals of NFT’s from the perspective of an artist.